Hiya friends!! I have some very exciting news to share with you all. Firstly, I want to start by reminding you that WordCamp Kathmandu 2017 is all set for this Saturday. And with great honor, I’m going to tell you the first news. (Yes, there’s more than one 😀 ) Yours truly will be speaking at the event. I will be sharing the stage with some of the most inspiring and talented people of the WordPress community. I truly feel blessed. As for my presentation, the topic that I have chosen is ‘Let’s Make WordPress Better Together’.

Sounds simple. But don’t its simplicity fool you. My presentation will be a far cry from the usual technical presentations; the ones we’re so used to at WordCamps. It is going to be pretty straightforward. Nonetheless, it will focus on a crucial aspect of WordPress. Simultaneously, it will shed light on something that we’ve been missing in our WordCamps. And, I will also be making a special revelation at the end of my presentation.

I know I’m not being very clear here but I want to build excitement around my talk and the special announcement. I want the attendees to be as thrilled as I am about the whole thing. So, bear with me if you’re not good with surprises. I assure you it’s all worth it. 😉

Secondly, Catch Internet is supporting WordCamp Kathmandu as a silver sponsor once again. WordPress has been a fundamental part of Catch Internet. WordPress and its amazing community have given us so much. It’s only logical that we find it important to give back. What better way to give back than by helping organize a local WordCamp?

Similar to WordCamp Kathmandu 2016, we’ll have our own table and a lot of Catch Internet, Catch Themes, DevotePress, and NepalBuzz goodies for grabs. And did I mention they’re free? We will be bringing back face painting since it was so popular last year. Additionally, we’re looking for fun, enthusiastic individuals to join our Catch family. You can drop your CV with us, or fill a job application form on the spot. We will interview exceptional candidates right at the venue. And that’s not all. We’ll be doing something after the lunch period. This again is a surprise. We’re bringing our A-game. So, don’t forget to drop by.

Tickets are available to buy now from WordCamp Kathmandu 2017 website. Get them while you can as there are only a limited number of tickets available. #WCKTM

Finally, I will be flying to Paris on 11 June just in time for the 2017 WordPress Community Summit (CS) which will take place on 13-14 June. I will have no time to catch my breath after the summit, though. Because WordCamp Europe 2017 begins from the very next day. As the organizers describe WordCamp Europe 2017:

WordCamp Europe 2017, the fifth of its name, will be held in Paris, France from June 15 to 17, 2017. WordCamp Europe is the place where, each year, the European WordPress community hosts our friends from all over the world, for three days of talks, networking, business, parties, and above all, friendship. In previous years, WordCamp Europe traveled from Leiden to Sofia, then Sevilla, and finally Vienna, where the 2016 edition just ended, with attendees from 68 countries around the world. 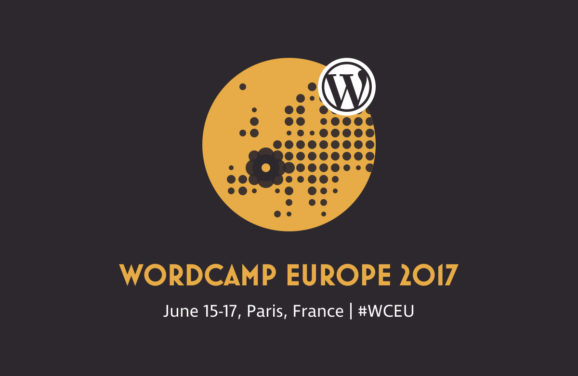 Both the contributor day (15 June) and the full conference (16–17 June) will be held at Les Docks de Paris. I attended WordCamp Europe last year in Vienna and I had the time of my life. So, that makes me look forward to WordCamp Europe 2017 even more.

So if you’re going to attend the event too, come and say ‘hi’. If you have not booked your ticket to one of the most happening WordCamps in the world, you should do it now ASAP because the tickets are selling like hot cakes and less than 400 tickets remain. #WCEU

That’s all for now, folks! I’d better continue practicing for WordCamp Kathmandu 2017. Super excited for it! I’ll be back with more things to share as things unfold. Till then, cheers! 😀